It’s been 2 years since I added any content to my Blog…I do have a life, but didn’t feel that is was exciting enough to post about! However, I have just had a marathon  session of taming my garden, which over the winter had become more like a forest. I now take precautions when I am out there, shoes and long trousers….as having been bitten on my leg and ankle before, didn’t want it happening again!

A couple of weeks ago, I started to unwell again, which came on over a period of a couple of days..I was still taming the garden. I was invited to a lunch at the end of the week, so a friend came and collected me. That day I was plugged into my tens machine as my back and shoulders were aching and the shoulder I have a particular problem with was really playing up. Also I was developing silly twitches that randomly rotated between my eyebrow and fingers, followed by bouts of pins and needles…..I was starting to feel ‘Lymey’ and told my friend that I was thinking about putting myself onto a course of antibiotics to be on the safe side.

The following day, I woke up feeling like I had been hit by a bus. I had difficulty walking down my stairs and walking back up again crucified every single muscle used in that action. It wasn’t until I got into the shower and caught myself in the mirror that I saw it. Another bite and the start of a bullseye rash…this time located just inside the underside of my right breast! It then dawned on me that as I was under the trees and bending over pulling out the hunks of weeds and grass, that one had crawled into my bra and decided to have a little snack there!

I have had some work done in my house, so when the builders turned up and could see how ill I looked, as soon as I mentioned I had been bitten by a tick, they ushered me out the door ordering me to go to A&E, which I did. I have no idea how I managed to drive myself there as the mere effort to do anything was excruciating. The doctor took a look at the bite and rash, agreeing that it was a tick bite, took my temperature, asked about my symptoms, then looked at my notes on her computer. She declared that I had caught the ‘infection’ again and sent me off down the corridor to have an IV drip put in for some pain relief while she wrote out a prescription for antibiotics.

As I sat there I couldn’t get her words out of my head, and feeling a little angry that with all the trouble I went through before to get treatment and being told constantly that Lyme disease doesn’t exist in Madeira, when it now seems perfectly acceptable and the admission that I have it again….but maybe that is because they call it ‘Carrapato illness’ here instead!

I spent the following six days in bed, which by day four drove me nuts…but I just couldn’t function and had no choice. The other symptoms which came on as the illness progressed was again my knees, where they swelled up and I still have to be careful on stairs as they give out…and this time, my hands and fingers swelled up making the joints and using them very painful. The aching muscles migrated into my back and neck with a feeling that I had sprouted thorns and have been walking around hunched over like Quasimodo! But I am now on the mend….I am still taking the antibiotics and my neck and lymph nodes are still like stones. But, I don’t feel as unwell as I did last week, just irritated that my fingers and joints are still giving me problems and climbing stairs is still  an unpleasant activity.

I just hope that having this a second time around and actually catching it in the early stages this time, won’t give me ongoing problems like last time. Which incidentally I had been virtually free of in the last year as I have been taking CBD oil daily and have felt that this has been a brilliant supplement for keeping me well.

Actually I might do a blog on that next! 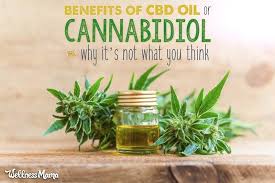